The dehydration of Lake Urmia 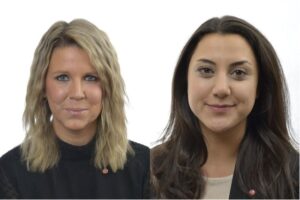 The dehydration of Lake Urmia requires immediate international action, to stop the humanitarian crisis and the environmental threat.

Lake Urmia is a salt lake in northwestern Iran, west of the Caspian Sea. Lake Urmia, once the world’s second-largest salt lake, has today lost 80% of its surface area due to the destructive policies of an authoritarian regime.

With accelerating dehydration, rising salinity, and powerful salty winds, the lives of over 14 million people are threatened – not to mention the threat to an important ecosystem. The process is described as one of the world’s biggest environmental disasters, along with the drying up of the Aral Sea, which with a similar fate was drained by a destructive agricultural policy.

Pressure on Iran and international dialogue are needed immediately to stop a regional humanitarian crisis and the end of an irreplaceable ecosystem.

In addition to violations of human rights in Iran as a whole, the Iranian regime pursues a policy of centralization in which areas outside central Iran are neglected to erode the rights and conditions of the country’s ethnic and religious minorities.

The dehydration of Lake Urmia is one such example. The dramatic decrease in the lake is partly due to a drier climate (which explains a certain elevated water level due to increased precipitation). Above all, dehydration finds its reasons in various forms of deliberate drainage on the part of the state. The regime’s construction of a road crossing the lake has accelerated dehydration, as well as the construction of various dams over the rivers that flow into Lake Urmia, which has cut off the water supply.

The dehydration of Lake Urmia threatens access to clean water, renders arable land unusable, and has shown increased vulnerability to asthma and cancer. The growing saltwater winds continue to increase in scope and endanger countless people’s lives, health, and homes. Should the lake dry out completely, a regional catastrophe awaits where millions of people are forced to flee.

The widespread concern about the dehydration of Lake Urmia has led to several demonstrations against the regime’s actions. Hundreds of thousands organized in demonstration trains, have been beaten down with force and led to arbitrary imprisonment. The regime’s latest proposal to relocate people living around Urmia has led to fear among the population and further reinforced human rights organizations’ warnings that the Iranian regime is pursuing an ethnic cleansing agenda in various forms.

The dehydration of Lake Urmia is also a threat to an important ecosystem in the region and the lake’s rich biodiversity. The lake is today home to over two hundred species of birds, forty species of reptiles, and nearly thirty species of mammals, including the rare yellow deer. Drastically reduced lake levels and increased salinity, have led to the lake losing its attractiveness and becoming uninhabitable for large parts of the rich wildlife.

Without efforts, the lake risks drying out completely soon; a huge environmental disaster when one of the world’s most important ecosystems is lost.

International cooperation can stop the crisis

As a strong voice in the international community for a sustainable world and a voice for compliance with human freedoms and rights, Sweden needs to take the lead in putting pressure on the Iranian regime to stop the dehydration of Lake Urmia.

Iran is More than Persia: Ethnic Politics in the Islamic Republic